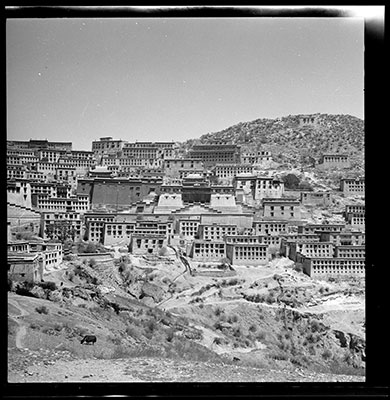 The buildings of Ganden (dga'-ldan) monastery. It is situated about 30 miles east of Lhasa. It was the first Gelugpa (dge lugs pa) monastery founded by Tsongkhapa in 1409 and housed 20,000 monks in Richardson's time. The great temple and shrine of Tsongkhapa, the founder of the monastery, may be seen in the centre of the image. The rest of the buildings are monks' quarters and lesser temples.