Ganden monastery from a distance 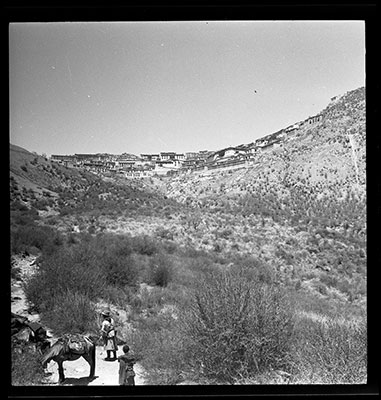 Ganden (dga'-ldan) monastery stretching out on a sparsely hillside in the distance. It is situated about 30 miles east of Lhasa. It was the first Gelugpa monastery founded by Tsongkhapa in 1409 and housed 20,000 monks in Richardson's time. A track leading to the monastery is visible on the left. Saddled horses and two men, one of whom is a monk, can be seen in the bottom left hand corner of the image.