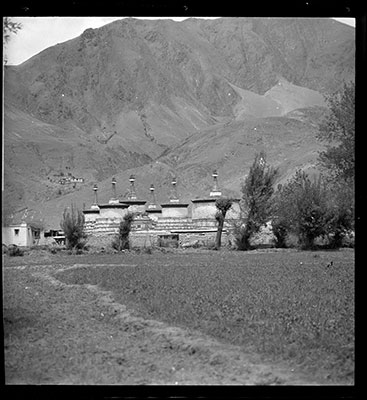 A group of reliquary monuments (mchod rten) at Tradung (Khra 'brug) in the Yarlung valley. There are mountains in the background and a cultivated field in the foreground.