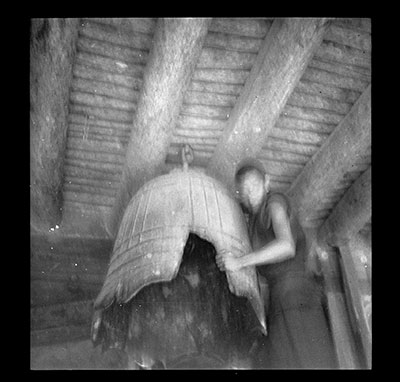 The bronze bell at Tradrug (Khra 'brug) temple in the Yarlung valley hanging from the wooden rafters of the temple doorway. A monk (on a ladder?) is holding it. The damaged part of the bell is clearly seen.