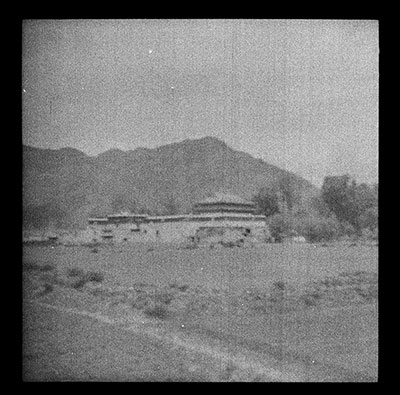 The Tradrug (Khra 'brug) temple in the Yarlung valley with trees in the background. There are cultivated fields in the foreground.