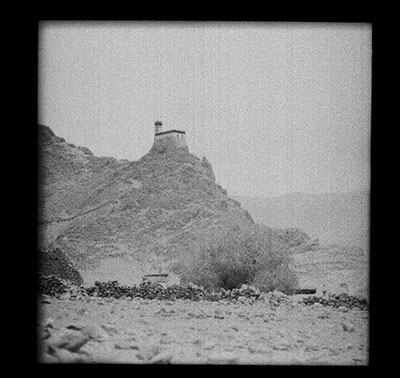 The ancient palace of Yumbu lakhar in the Yarlung valley. The tower is topped by a gilded rgya-phibs canopy. The approach to it was up a very steep track. A stone wall and some small square buildings may be seen at the base of the hill.