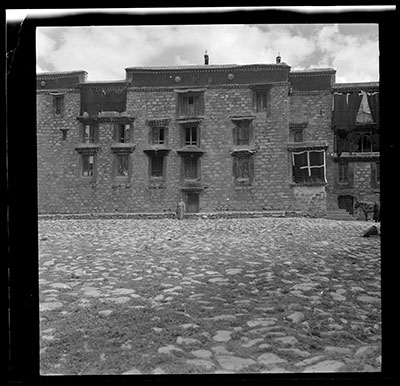 Tsa phodrang (rtsa pho brang), a strongly built headquarters of administration for Drigung dzongsar. This photograph is taken from inside the courtyard laid out with stones. A man is standing in front of a door leading into the main building and there is horse and a monk on the extreme right of the image. There are dark woven hangings over some of the windows of the building.