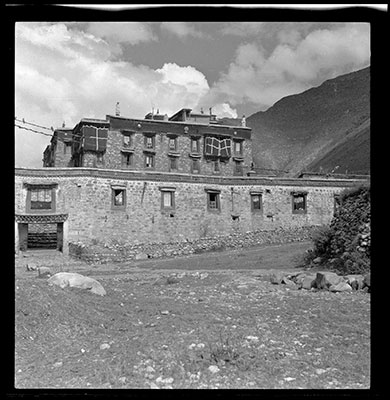 View of Tsa phodrang (rtsa pho brang), a strongly built headquarters of administration for Drigung dzongsar. The main building is enclosed by a wall and entrance is accessed by a low, wooden-framed gateway in the wall on the extreme left. There are dark woven hangings over some of the windows of the building.