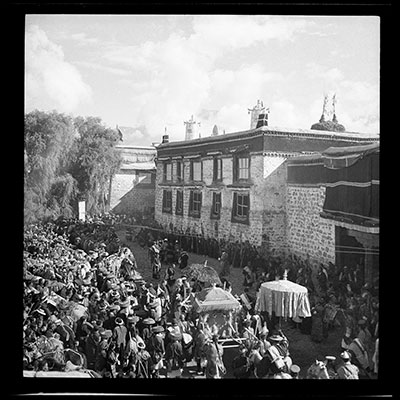 Crowds of spectators on the Barkhor near the main entrance to the Jokhang on the day that the young Dalai Lama entered Lhasa. In the centre two brocade umbrellas and one made of peacock feathers are being held aloft and the Dalai Lama's state sedan chair is below the peacock-feathered one. The building in the centre of the image contained the offices of the Cabinet.