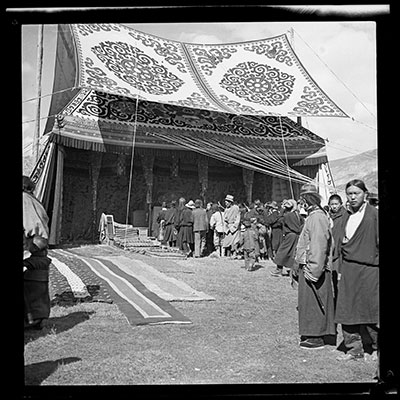 People lining up to look inside the Dalai Lamas Peacock Tent at Doguthang. Of the two men on the right of the photograph in the foreground, the one second from right is a Sikkimese orderly. There are long strips of carpet on the ground on the left of the photograph for monks to sit on.