Fort and settlement of Nagartse 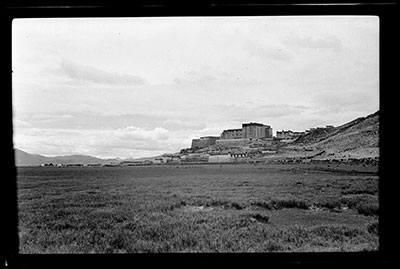 The fort and settlement of Nagartse (sna dkar rtse) at the base of a hill with cultivated fields in the foreground.