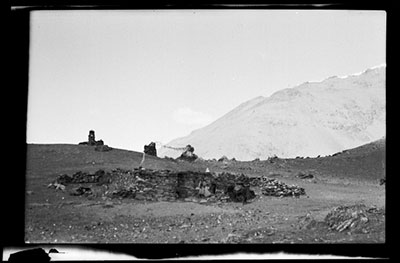 A mail runner's hut on the summit of the Karo La pass (16, 600') between Ralung and Dzara. There is a saddled horse and a person in front of the structure. Two cairns bedecked with prayer flags which mark the actual summit may be seen in the background and there is another structure with a low tower to the left of it.