View of settlements and fields from the Kampa La 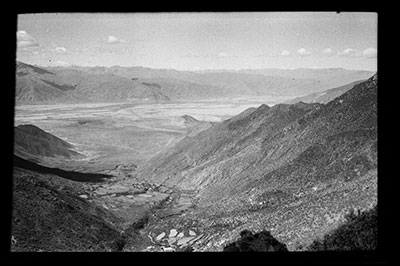 View of a river with settlements and cultivated fields from the Kampa La pass (15, 400') between the Yamdrok Tso lake and the Tsangpo river.