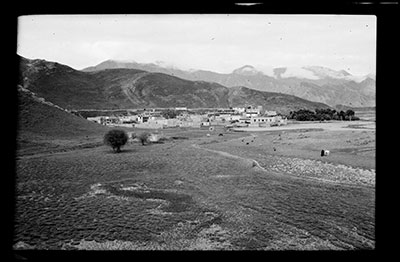 Settlement of Gyal (rgyal) in the Phenpo valley surrounded by fields. The temple may be seen on the left of the settlement and there are animals grazing in the foreground.