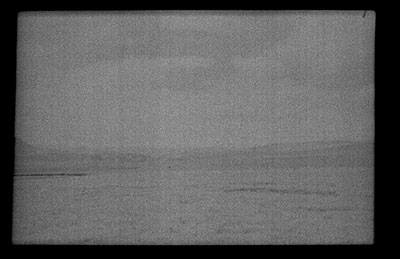 Mountain range in the distance at Tsurphu (Mtshur Phu). There is a flat plain in the foreground.