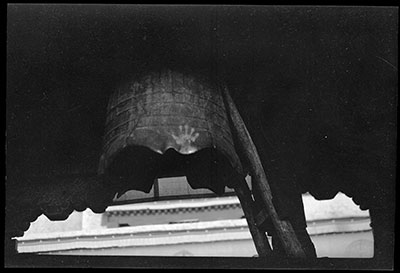 The bronze bell at Tradrug (khra 'brug) temple in the Yarlung valley hanging from the wooden rafters of the temple doorway. The bell has a hand imprint on it. A ladder used to read the inscription is propped up against it on the right hand side.