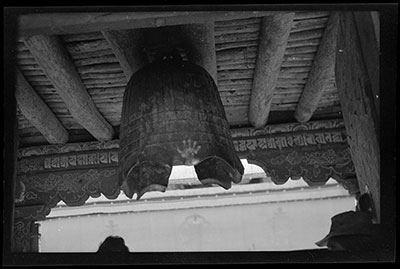 The bronze bell at Tradrug (khra 'brug) temple in the Yarlung valley hanging from the wooden rafters of the temple doorway which has a lintel decorated with ornate lettering and painting of clouds. The bell has a hand imprint on it. The heads of two men may be seen below and either side of the bell.