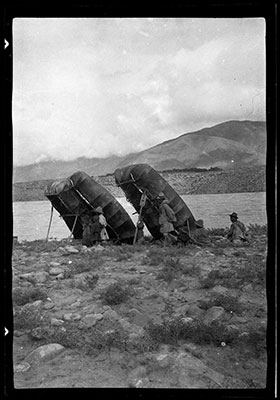 Two yak-hide boats (ko wa) on the bank of the Tsangpo river at Gerpa where a ferry also operated. They are supported by paddles and there are several people standing and sitting around them.