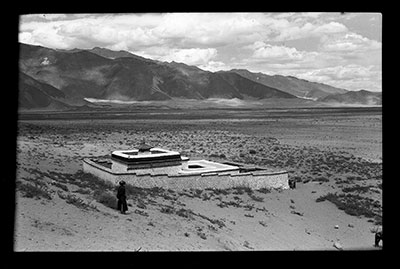 The temple of Hepogyap (has po rgyab) near Samye. It is a small one-storey white building on the east side of Hepori hill on the south side of the monastery. There are mountains in the background and there is a man standing in front of the enclosure surrounding the temple.