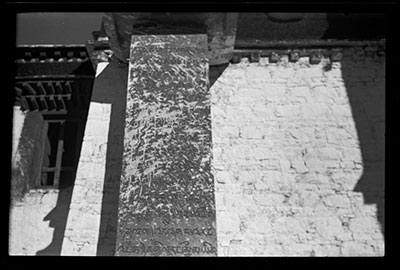 The inscription pillar (rdo rings) at Samye monastery. It is standing up against the east wall of the great temple. The inscription is the earliest document relating to Buddhism in Tibet. It appears to be splattered with white paint at the top. A window and some woodwork of the temple in the background may clearly be seen.