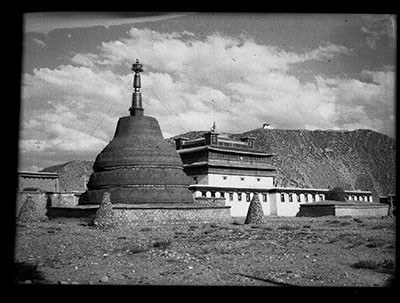 One of the four large reliquary monuments (mchod rten) surrounding the central Utse (dbu rtse) temple in Samye monastery. It could be the blue one (at the north-east) or the red one (at the south west). There is also a small shrine or hermitage on top of the mountain in the background.