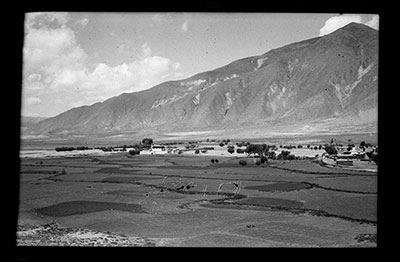 Western end of Samye (bsam yas) monastery in valley surrounded by high mountains. Towards the left in the photograph there is a building in an enclosure which is outside the main walls of the monastery. There are cultivated fields in the foreground.