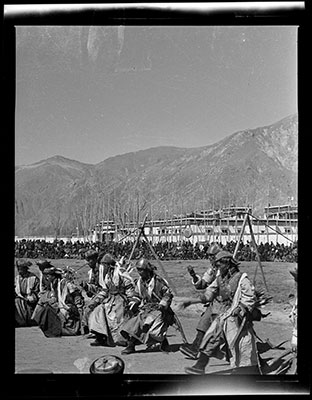 Soldiers dressed in 17th century Tibetan/Mongol army uniform at Dzonggyap Shambe with the target and Lhalu's mansion in the background. They are wearing chain mail, helmets and breast plates. They are performing a special Mongolian salute, raising their right hand, then bending the right knee and touching the ground with their hand. This is directed at the officials of the Tibetan cabinet.