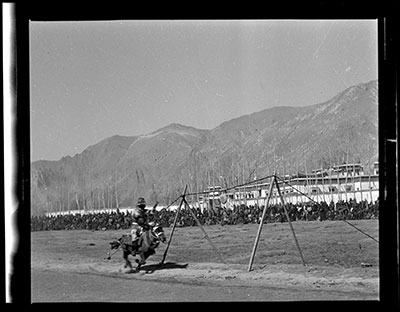 A horseman shooting at a target suspended from a wooden frame at Dzonggyap Shambe. He is using a bow and arrow. There is a crowd of spectators in the background. The Lhalu mansion is the white building in the background.