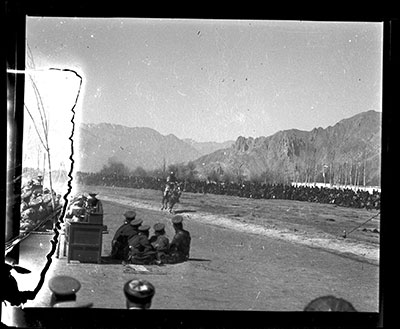 Officials, servants and spectators at Dzonggyab Shambe (rdzong rgyab bzhan 'phel) on a sandy plain behind the Potala. A horseman can be seen approaching the target he will attempt to hit with his bow and arrow. The Lhalu mansion may be seen be seen in the background on the right. The negative is damaged on the left.