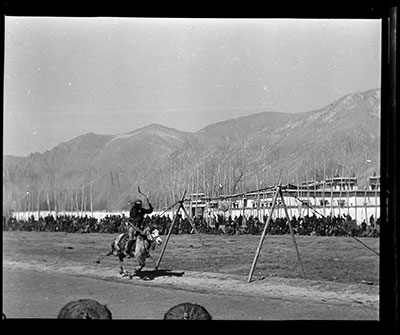 Officials, servants and spectators at Dzonggyab Shambe (rdzong rgyab bzhan 'phel) on a sandy plain behind the Potala. A horseman can be seen firing an arrow from his bow at a target secured to a wooden frame at close range. The Lhalu mansion may clearly be seen be seen in the background.