Abbot of Ganden outside Jokhang 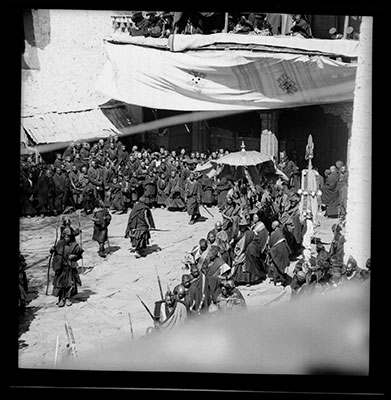 The Ganden Tripa (dga' ldan khri pa) or Abbot of Ganden, leaving the Jokhang during the Lugong gyalpo (glud 'gong rgyal po) ceremony. A monk is carrying a ceremonial umbrella above him and he is preceded by monks carrying censers and insense. Crowds of mainly monk onlookers line the street.