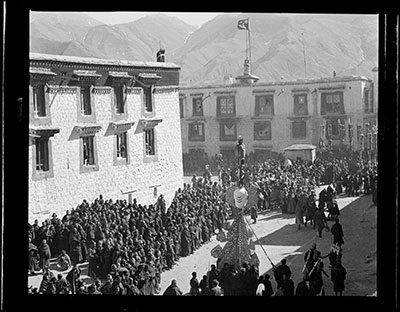 Procession taking the Torma (gtor ma) away from the Jokhang in an anti-clockwise direction along the Bhakhor during Monlam Torgya. The south west corner of the Jokhang may be seen on the left of the photograph. The streets are lined with mainly monk spectators.