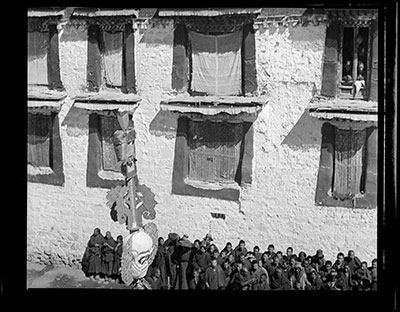 A close up of the skull which decorated the torma or votive offering as it was being carried in procession immediately below the balcony of the Doring house from which the photograph was being taken during the Monlam Torgya ceremony. Spectators can be seen lining the road and watching from the windows of houses along the route. This part of the procession moves southwards past the Jokhang Temple.