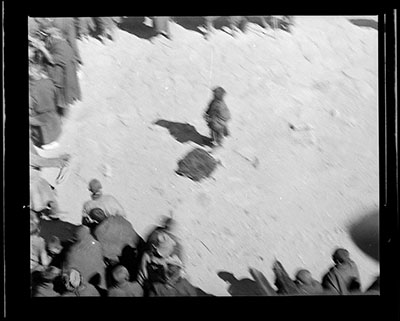 A beggar boy dragging a dog-skin on a string walking along the Barkhor following the Torma at Monlam Torgyap.