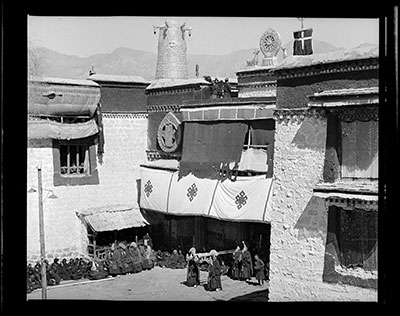 Two monks from the Namgye Tratsang monastery in the Potala palace playing dung chen horns at the Monlam Torgyap ceremony in front of the main entrance to the Jokhang. The Shengo (proctors of Drepung) are sitting beneath an awning on the left hand side and the lampost is also on the left.