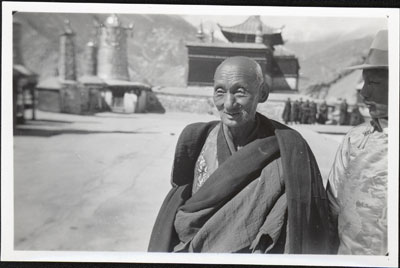 The head Abbot of Sera Monastery. A group of monks can be seen in the background, as can the elaborate gold religious emblems that stood so distinctively on the roof of the main temple in the monastery as Buddhist symbols