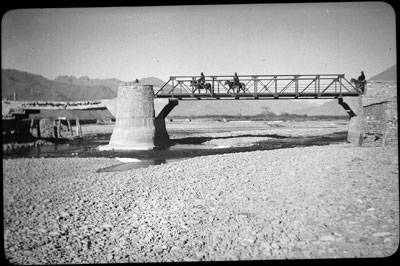 Other Information - Related Images: Caption for this image in Nepean's album (see Same Image As) - 'Iron Bridge. Near Lhasa'.