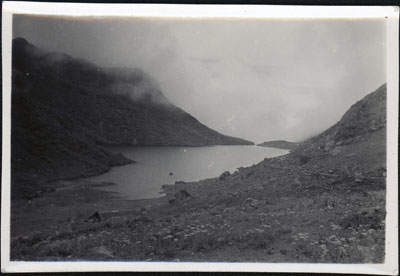 Changu lake en route to Lhasa in August 1936. Members of the British Mission party of 1936 travelling with Sir Basil Gould stayed briefly at the bungalow above the lake, where they had breakfast, and then proceeded to Champithang