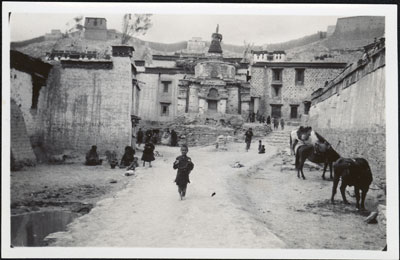 View of street in Gyantse, possibly inside Gyantse monastery. Horses belonging to the Mission party under Sir Basil Gould can be seen on the right side of the image. A young boy can be seen walking down the street towards the cameraman