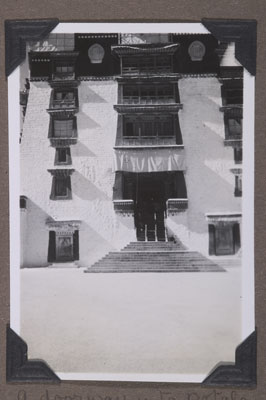 Entrance to the Potala from the Eastern Courtyard, the Deyang Shar