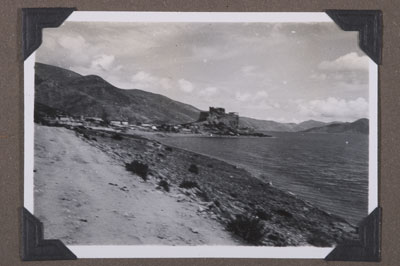 View of Pede dzong at the edge of Yamdrok Tso. Taken en route from Gyantse to Lhasa in 1936