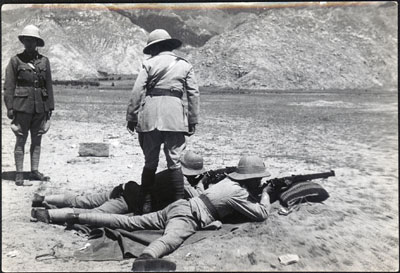 Tibetan army soldiers in modern uniform, two of whom are lying on the ground demonstrating the firing of guns. Part of a military display and inspection held in September 1936