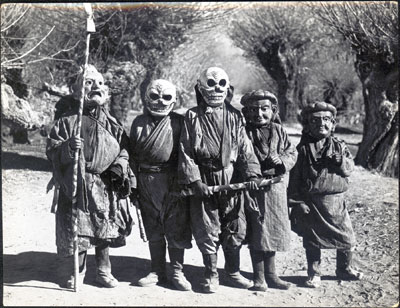 Five masked mummers standing in a group with masks representing skulls, an old man and men. One is holding a spear and another a short staff.