The Snake Temple at Norbu Lingka 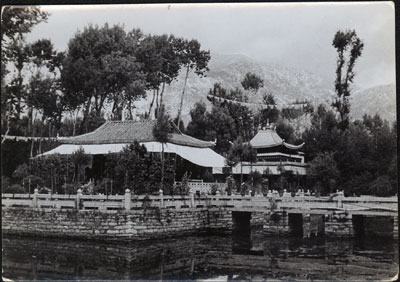 Bridge and buildings of the Snake Temple in the Norbu Lingka summer place with prayer flags suspended from the trees.

Manual Catalogues - Caption in Chapman's hand-written list of negatives made whilst on the Mission to Lhasa, 1936-7 [See PRM Manuscripts Collection]: 'Palaces on lake and causeway' [MS 14/08/2006]