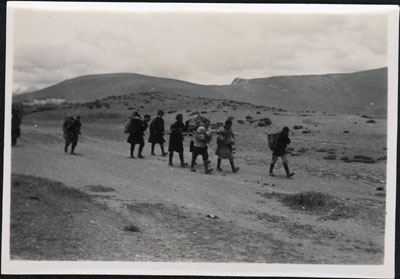 Carrying equipment for hand-charging the wireless to be used during the British Mission to Lhasa 1936. Near Dochen