A family travelling along a road outside Lhasa 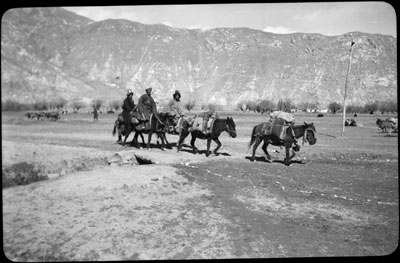 Other Information - Related Images: Caption for this image in Nepean's album (see Same Image As) - 'Man, wife and servants arriving in Lhasa'. [MS 30/07/2006]