Members of Mission in street in Lhasa near Barkhor 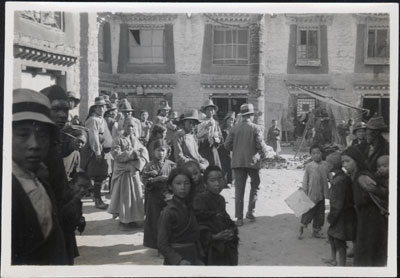