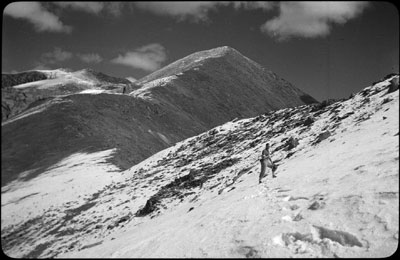 Frederick Spencer Chapman climbing a snow covered hill outside Lhasa. Chapman was a fellow member of the Mission under Sir Basil Gould and would spend most of his free time going into the hills in the Lhasa valley. Upon leaving the Mission, he made an acclaimed conquest of Chomolhari. T