A horse statue in Kesar Lhakhang? 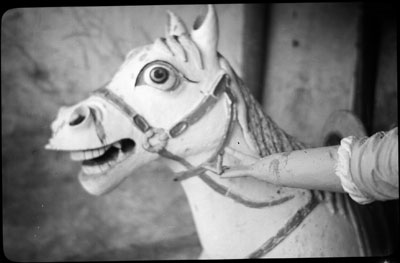 This statue was probably in the Kesar Lhakhang, a Chinese style temple close to Kundeling. The page in Nepean's album on which this image appears [see Same Image As] is head 'Chinese Temple Near Lhasa' suggesting that it is the Kesar Lakhang to which Nepean is referring