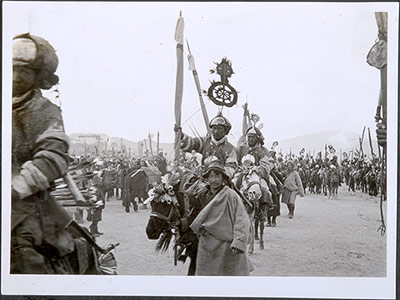 Notes on album mount - "Review at Trapshi" is written in capital letters in pencil as a joint caption for this phhotograph and 1999.23.1.28.2