Children at the children's party at Dekyi Linka,1940 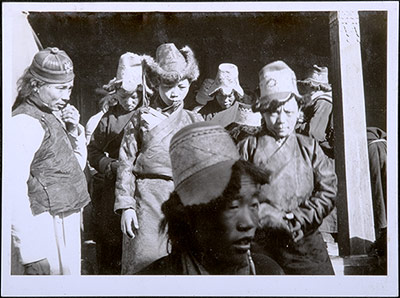 Children at a children's party hosted by the British Mission at Dekyi Linka. They are from aristocratic families and are wearing silk robes and brocade and fur hats. There is a Sikkimese chaprassi orderly on the left dressed in a silk waistcoat and button hat.