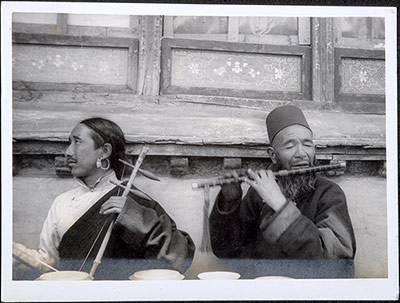 A group of two musicians. The player on the left is playing a piwang one-stringed bowed instrument and the musician on the right, a flute. The latter is Muslim.