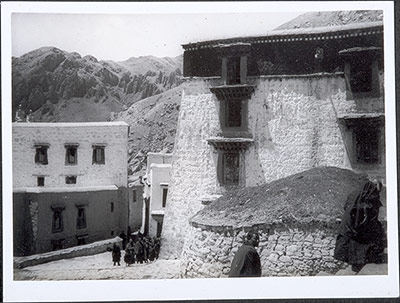 Monastic buildings of Drepung monastery. There is a group of monks on the left of the picture. The building in the foreground appears to have a turf roof.