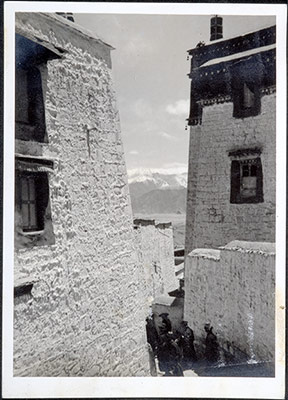 Monastic buildings at Drepung monastery with snow-capped mountains in the background. There is a group of men possibly members of the visiting party at the base of the photograph.